in: Handbook, Gameplay and Lore
​
​​Finally, a Time Sweeper may use their sweeper as a blunt force weapon, though such an approach does relatively little damage and has a negligible effect on time monsters beyond potential stunning. When not in use, the sweeper's neck and handle can be retracted for more compact storage, usually on the user's back.
​

Sweepers in Blinx: The Time Sweeper

All first generation sweepers automatically lock on to targets (though with varied results depending on the wielder's direction). When sweeping up trash, the user is pivoted to the ground and cannot run and sweep at the same time like in MOTAS. Aesthetic features include the Time Factory insignia on the back of the sweeper body and a colour tinted area of sweeping effect. These sweepers have a watch motif.

These sweepers are the basic models, they can only sweep up Lv.1 trash.
​

Lv.2 sweepers can suck up all types of trash, excluding the 16T weights.
​

Lv.3 sweepers can suck up all types of trash and also have a larger sweeping range.​
​

Sweepers in Blinx 2: Masters of Time and Space

The second generation of sweepers has a few notable differences from the first generation. By the Big Crystal incident, sweepers no longer produce a tinted area of effect while sweeping and the Time Factory insignia on the back has been removed. The sweeping speed has also increased dramatically and are now capable of locking onto opponents.  The level of sweepers is now denoted by "LV". These sweepers have a guitar motif, as the designer Masamichi Harada had a love for guitars.

Sweepers that can sweep only certain kinds of trash.
​

Sweepers that can sweep all kinds of trash.
​

Sweepers that can sweep all kinds of trash. Shooting and sweeping speeds are very fast.
​

The TSX-1AT and TSX-2TC is a special pair of sweepers that must be used in conjunction with each other by two Time Sweepers. They are exclusive to 2P Specialist Mode and are not purchasable.
​ 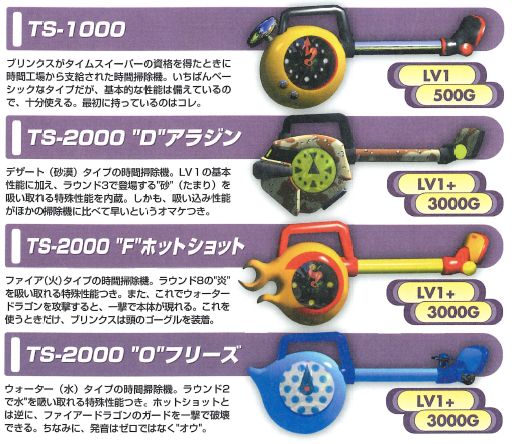 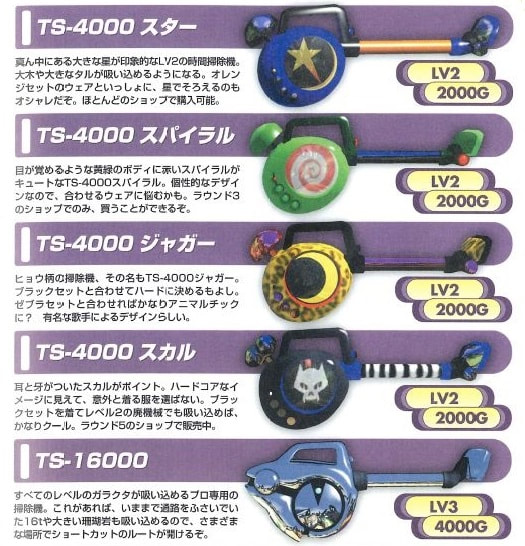