in: Gameplay and Lore
​ 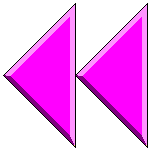 REWIND
"Time ﬂows rapidly backwards for everyone except you."
REWIND, or REW, reverses the flow of time and is used to repair broken bridges or statues. In Versus Mode, REW is used to make opponents vulnerable and tiny, unable to double jump or use weapons. They are thrown further when shot by most weapons (excluding energy weapons, the Slingshot, TS-3000I LV2, TS-3000F LV2 and Crossbow). 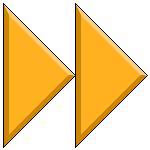 FAST FORWARD
"Time for you flows rapidly forward, giving you great speed."
FAST FORWARD, or simply FF, is used to speed up the flow of time at double speed. In TTS, FF speeds up not only the player but the entire world as well. A protective barrier is placed around the player during the duration of FF, so when Blinx is hit, instead of using up a retry, it stops the time control instead. In MOTAS, FF speeds up only the player. The player is also able to perform extra long jumps, which is extremely helpful at certain levels. FF is also the only way to activate FF rings, which may reward the player with either gold or a cat medal. 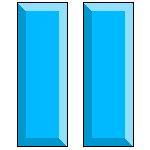 PAUSE
“Everything stops except for you.”
PAUSE basically stops the flow of time. In the second game, when the player attacks a pause time barrier while a PAUSE is active, the barrier disappears, but the time control stops. When hitting a pause barrier monster, the time control still continues for its full duration. In Versus Mode, enemies still can move around, however, their weaponry's projectiles become suspended in mid-air as soon they are fired. (The player who activate the PAUSE control can take advantage of this and sweep up the suspended trash.) After the PAUSE has ended, however, the projectiles will continue on their intended path, so caution must be used.
​ 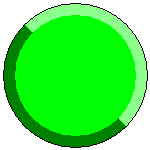 RECORD
“Your actions are recorded for a few seconds and then replayed. During playback, you will see a copy of yourself repeating what you just did.”
RECORD, or REC, copies the player's actions for a set amount of time, rewinds, then plays backs the player’s actions via a glowing green copy of themselves. The player is invincible while they are being recorded, and enemies only see the copy. If the player tries to pick up coins, time crystals or cat medals, it will NOT go to the player. In MOTAS, coins, time crystals or medals cannot be obtained by the player during recording at all. In Versus Mode, REC makes an invincible copy of the player and their teammates who chase after the opponents. If the player is hit during the REC, the time control will stop. 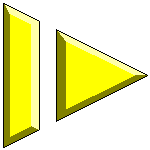 SLOW
“Time slows to a crawl for everything but you.”
SLOW slows down the flow of time at half speed. If the player uses a time control combo, with SLOW in the combo, the time combo will last 20 seconds instead of 10.
RETRY
A RETRY rewinds time, including the player, to a point in which they were seconds away from incapacitation. It basically acts as an extra life. In MOTAS, it still works the same way, but additionally, your character uses a RETRY when their health bar is depleted. Another change in the second game is that it prompts the player to use the RETRY within 10 seconds, rather than automatically activating, else they can choose to be restarted back to the last checkpoint.