in: ​Handbook, Events
​
The following wiki page is a rough translation of online news articles by GAME Watch documenting the Commemoration Release Event for Blinx: The Time Sweeper at Shinjuku Station Square held from the 13th to 15th of December 2002.
​ 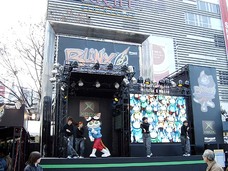 13th December
Microsoft held a commemoration release event for Blinx: The Time Sweeper which was released the day before on the 12th. The event took place at Shinjuku Station Square in front of the Shinjuku Station East Exit. Blinx, the protagonist of the game, did a flashy dance performance. Producer Katsunori Yamaji appeared to commentate on the game.

Blinx: The Time Sweeper is a new game that has the concept of "manipulating time" which has never been seen before. However, it was difficult for the unique mechanics of the game to be transmitted to the audience, that it more than an ordinary game. Yamaji tried to convey the charm of the game by explaining the puzzle elements and how the player can control time to escape a crisis. 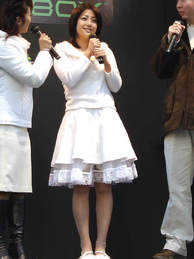 14th and 15th December
Microsoft continued its commemorative event at Shinjuku Station Square commemorating the release of the 3D action game for Xbox, Blinx: The Time Sweeper. On the 14th and 15th of December, Talent Minako Komukai appeared as a guest.

As I (Minoru Funatsu) reported on the 13th stage event, after the game commentary by producer Yamaji, Komukai appeared in white clothing which reminded me of the heroine Lena who appears in the game.

"I enjoyed the game. By saying that I had practised beforehand. When I first played I did not know where the goal was," Komukai commented as she clears the stage without difficulty.

After playing the game, commemorative photographs were taken with fans who had purchased Blinx the Time Sweeper in advanced, and candies shaped as the time crystals were distributed. "Blinx" seemed to like it a lot.

Komukai commented, "I did not know how to play at first, it was difficult, but it became more and more fun after I understood how to control time." She also said that she plays with her brothers in her free time. "To that extent, I was showing off quite a skill. By the way, the question of what I would like to do if I could control the time like Blinx was 'to increase my study time!'" 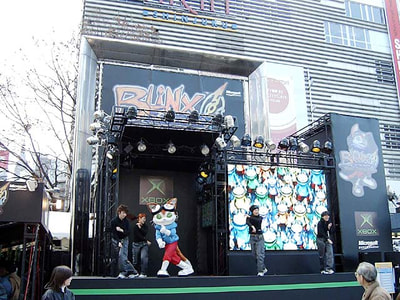 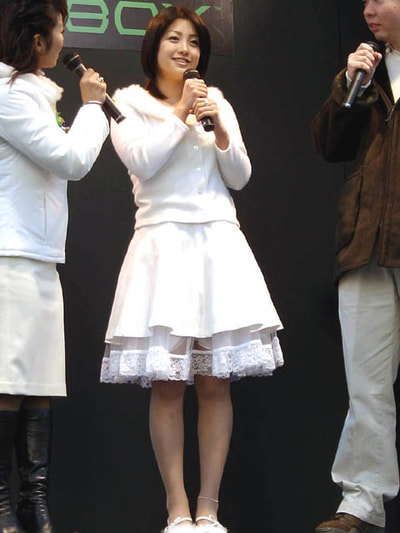 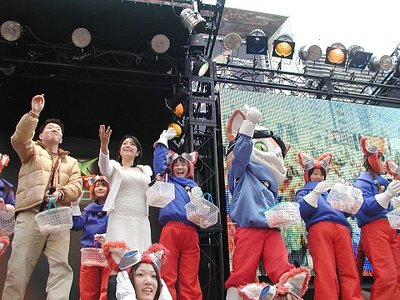 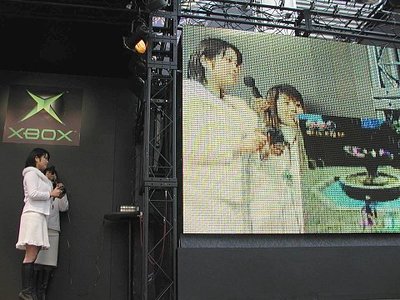 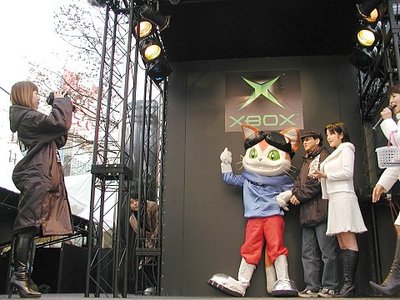 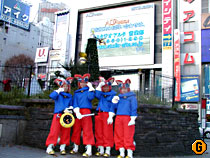 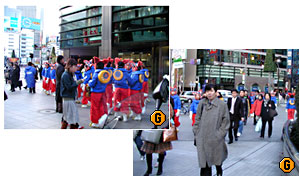 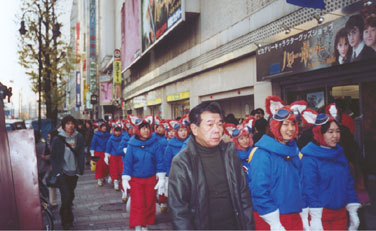 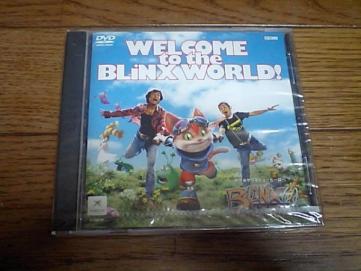 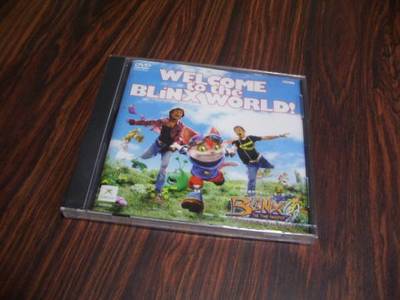 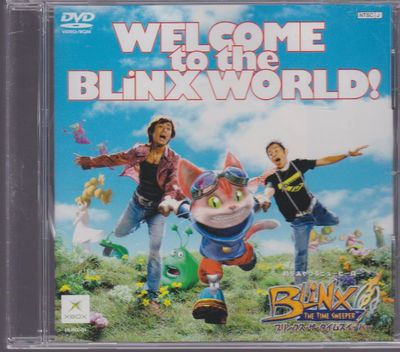 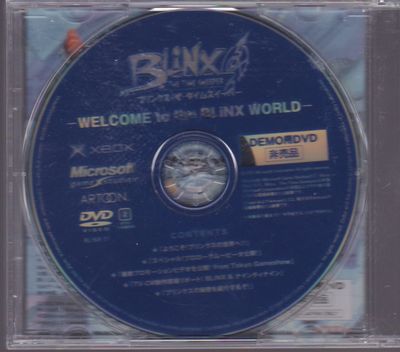 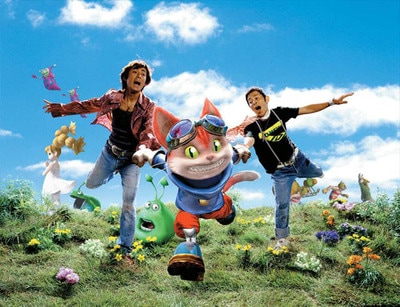 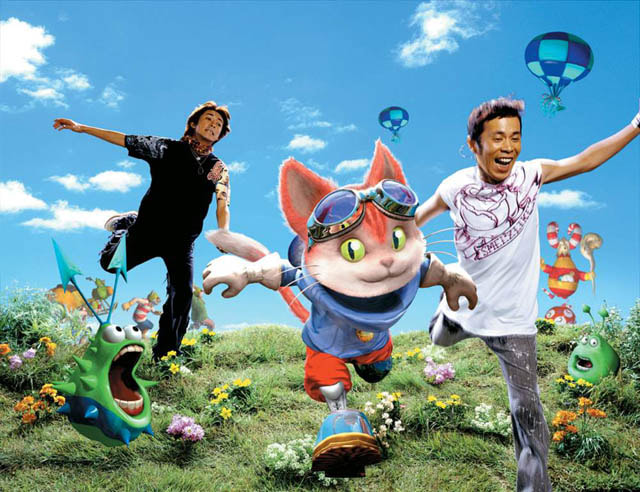 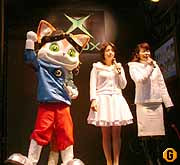 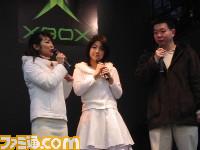 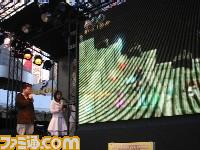 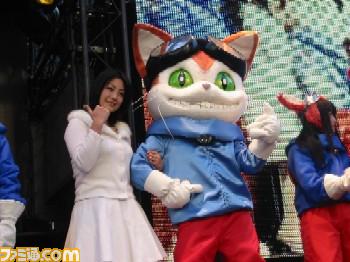 Minako Komukai appears at the event of "Blinx: The Time Sweeper" for Xbox!